May 3- Cumberland Gap Varsity Panthers scored three runs in the seventh inning. Jennabeth Wilburn and Sidney McWilliams both had RBI in the big inning.

Grainger scored three runs in the sixth inning. Alison B and Mckenna Kee each had RBIs in the frame.

Brooklyn C led things off in the pitcher’s circle for Grainger. The hurler went seven innings, allowing three runs on eight hits and striking out five.

Grainger racked up 14 hits on the day. Kylea Cure and Kati D each had multiple hits for Grainger. Cure went 4-for-4 at the plate to lead Grainger in hits. Grainger didn’t commit a single error in the field. Karlei H had six chances in the field, the most on the team.

Maddie Stevens #77 C caught a great game behind the plate and went 2-3 swinging the stick. For her efforts, Stevens earned the Walker and Walker Construction Player of the Game honors.  Congratulations Maddie. 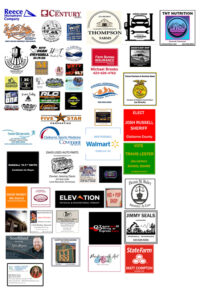