The Claiborne Youth Football Conference hosted the Dandridge Broncos, October 15. It was homecoming for the Bulldogs with three exciting games of football. The first game of three featured the Grasscutters and the Bulldogs. The score at the half was 13-7 with Dandridge leading. The third quarter belonged to the Broncos as they pulled out to 33-7. The Bulldogs needed to score and score often during the final quarter, but their first drive ended with a turnover on downs. Claiborne put the ball on the wet grass again on their next drive and the game ended, 33-7 with the young Bulldogs taking the loss. 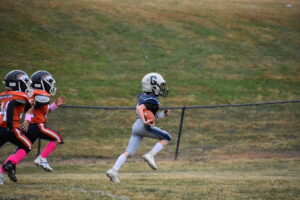 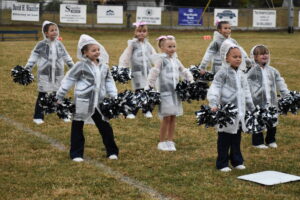 The second game was a Super Grasscutters game, and the Bulldogs spotted the Broncos an early 7-0 lead. The first quarter ended 14-0. Claiborne gave up another score to start the second quarter making it 20-0 but the Bulldogs had a nice drive going but turned it over on downs with 1:44 left in the half. The half ended 20-0. The Bulldogs had a drive heading the right direction as the third quarter clock was ticking down and they hit a pass play that left a first and goal as the third quarter clock expired. Claiborne then had four tries to score but went backwards and turned it over on downs to the Broncos. Dandridge returned the favor and gave Claiborne a short field, but the Bulldogs just couldn’t find the endzone; however, the Broncos added a final touchdown, 27-0. With less than a minute remaining Bulldogs, James Laster took the ball the distance and scored six for his team. The final score was 27-6. 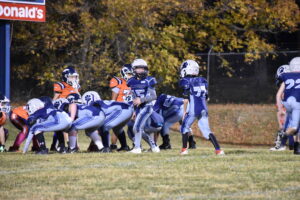 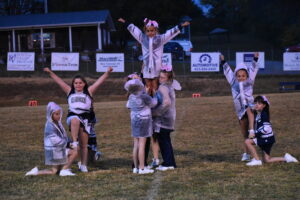 Homecoming was next and the Kings and Queens of the CYFC divisions were named. 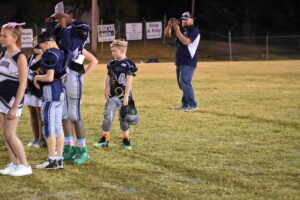 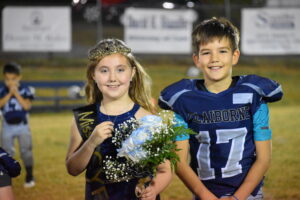 The Pee Wee Bulldogs started the final game with a drive down in the red zone, but the ball slipped away, and the Broncos recovered. Dandridge began a drive that ended taking up the rest of the quarter with no score. The Broncos first play of the second quarter was a first down. The drive continued nearing the Bulldogs goal line, but the Claiborne defense made a stand and got the ball back for their offense. Their drive stalled as well, and the Broncos had a first and goal. One play later it was touchdown Broncos, and the conversion was good, 7-0. After a great return the Bulldogs had the ball in Bronco’s territory, but they were racing the first half clock. The first half ended 7-0 with the Broncos enjoying the lead. During the second half, defenses were still on point until the 1:58 mark where Dandridge powered in for their second touchdown of the game. The conversion was no good and the score now was 13-0. The score at the end of three quarters was 13-0. With 3:40 remaining Claiborne finally found paydirt. The conversion was good, and the Bulldogs had a rally going, 13-7. With a minute or so remaining the game took on a most serious note as a Bulldog was injured and required medical assistance.  An ambulance was called and that created a situation where the officials called the game. Fans from both teams had prayers and best wishes for that young Bulldog. The final score was 13-7. 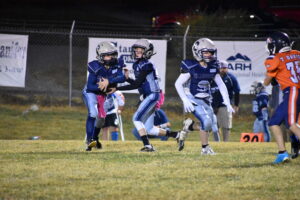 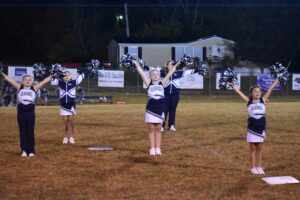 The Zone and AEP will be sharing more photos with the CYFC Facebook page soon. The Zone is powered by: 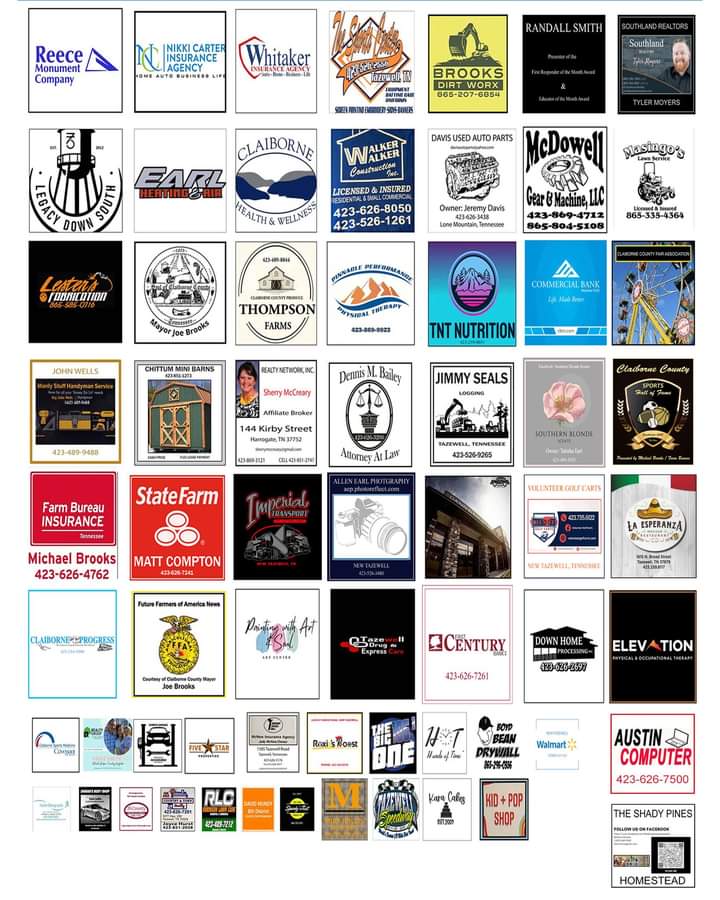